Well, you would think that having been on vacation for the past week, I would have somehow managed to make time to write another post in an attempt to keep this all updated and whatnot. Actually, I have been busier than ever (thought still taking things slow and enjoying myself, you know). I just finished painting my living room, dining room, and bedroom and I am really beginning to love this house now. We moved in Memorial Day weekend of last year, and in the meantime we (I guess by “we” I mean “I”) have just been tolerating the choices of the previous homeowner. Now things are starting to change. Don’t get me wrong, they did not make poor choices I don’t think… but for the bedrooms, they weren’t as I would have done them. The living room (as was most of the house) was just a neutral light beige, which is fine, but with all of the nail holes and large anchors they had, plus random scuff marks and red marks from their red living room set, it just was in need of a clean do-over. So in doing that, I repaired the trim (gaps and nail holes, plus not enough paint? Gross.) and my husband swapped out the outlets + covers and the vent covers as well. So it’s a nice clean contrast of white + Brown Teepee by Behr:

Then in the bedroom we used a similar color, called Gobi Desert, also by Behr (covering up what I would consider to be an awful Seafoam Green, the only color I really did not like in this house): 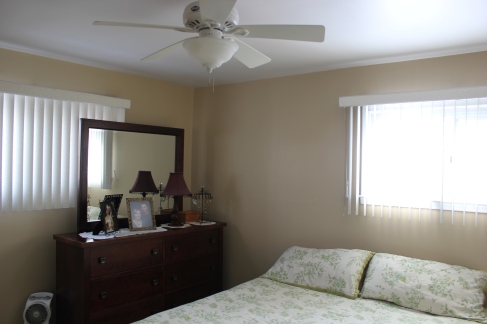 Yesterday I spent some time out and about at Hobby Lobby and Target finding wall decor. I also want to swap out the lamp on the dresser and have a cubby organizer from Target I would like to get for the living room (which will also cover that ugly cable, though my husband is going to switch it out for white and anchor it along the baseboard).:

Up until now, I never went looking for much of anything to hang on the walls because the house just wasn’t looking how we wanted it to yet. But I am very excited to get things going, it’s really going to feel like home once we decorate a little more!